On Tanking: Why you should get out of your tank more. 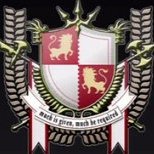