Servers at the release of Renegade-X 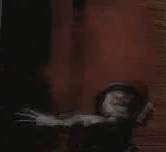